As Senate members prepare to advance legislation that would open the Arctic National Wildlife Refuge in Alaska to oil and gas development, public lands sportsmen and women are amplifying calls to reject the measure. 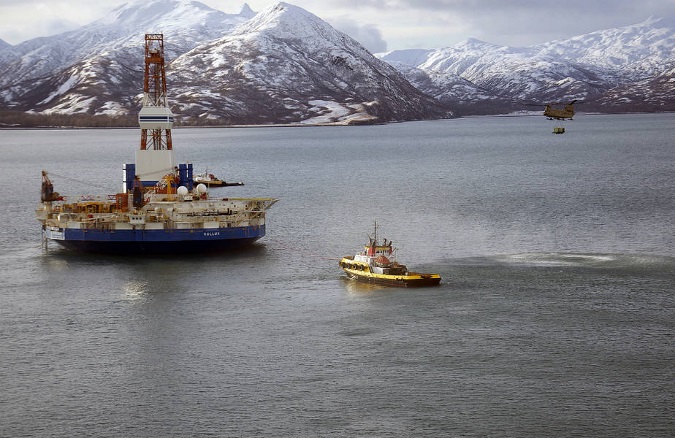 On Wednesday, the Senate Energy and Natural Resources Committee will hold a markup of the bill, introduced by Sen. Lisa Murkowski of Alaska and touted as an economic booster. In a short film released today, Backcountry Hunters & Anglers members visit the Arctic Refuge for an epic, once-in-a-lifetime caribou hunt, fishing trip and exploration of the region’s awe-inspiring terrain. The film ends with a call to action: urging public lands advocates to contact their senators to oppose drilling the refuge.

“This is the crown jewel that every backcountry hunter and angler should have the opportunity to fulfill in their lifetime,” said BHA member Barry Whitehill, of Fairbanks, Alaska, who appears in the film and traveled to Washington, D.C., recently to meet with members of Congress in support of the region’s conservation. “It’s the dream for anybody that’s passionate about hunting and fishing.”

“You can’t be seen as a public lands champion if you’re on the wrong side of history,” said BHA Conservation Director John Gale. “Sportsmen and women are looking to our elected officials to take action at this crucial moment in support of this unique place, its irreplaceable fish and wildlife habitat and hunting and fishing opportunities it provides. Strong, sound Senate leadership is needed now more than ever to ensure that the Arctic National Wildlife Refuge remains wild and free from energy development that belongs in more appropriate and productive places.”

BHA has emerged as a leading voice in support of conserving the Arctic Refuge. BHA supports responsible energy development in places where we can achieve balance and limit impacts to fish and wildlife, but polls commissioned over the summer in Arizona and Colorado show strong public opposition to energy development in the refuge. In Arizona, 61 percent of voters opposed the proposal, along with 58 percent of Colorado voters.

Established in 1960 by President Eisenhower “for the purpose of preserving unique wildlife, wilderness and recreational values,” the refuge’s 19.5 million acres, including 8 million acres of wilderness, provide habitat to iconic game species including grizzlies, Dall sheep and caribou.

Said Whitehill in the BHA video, “Last frontier…you know, you take this out of the equation we have no more frontier. I don’t know if that’s a world I’d want to spend much time in.”

The Senate last month rejected a budget amendment that would have prevented oil and gas development within the refuge.

Watch the BHA film on the Arctic National Wildlife Refuge – and take action.

What would Theodore Roosevelt do?

Backcountry Hunters & Anglers is the sportsmen’s voice
for our wild public lands, waters and wildlife.