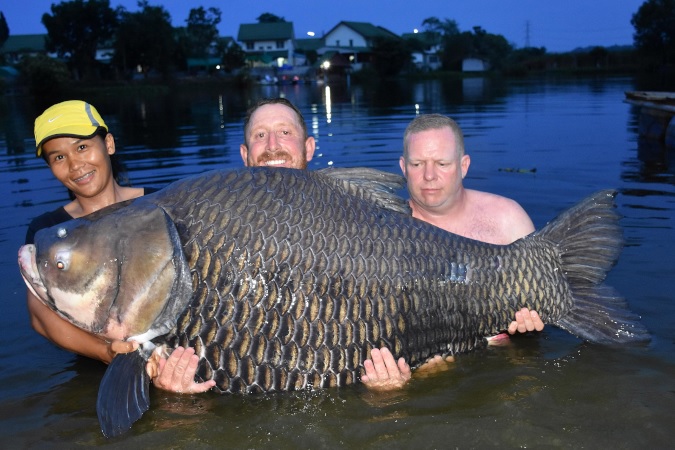 John Harvey, 42, managed to capture the 231-lb. carp, also known as a giant carp or giant barb, after struggling for an hour and 20 minutes to reel in its massive weight.

“As soon as it took the bait I knew it was going to be a big fish,” he told the Daily Mirror. “It wasn’t fighting against me too hard, it was the weight of the carp that was the real challenge. It was like dragging a huge weight through the water.”

Harvey, a property investor who has lived in Thailand for more than a decade, said he was fraught with anxiety during the entire ordeal for fear of accidentally throwing away his prize.

“It was nerve-wracking because I didn’t want to make a mistake,” he said. “It was absolutely enormous, the pictures do not do it justice at all. It was so difficult to even get a proper grip on the fish, it was huge.” Continue reading – https://people.com/pets/angler-reels-record-breaking-carp-thailand/