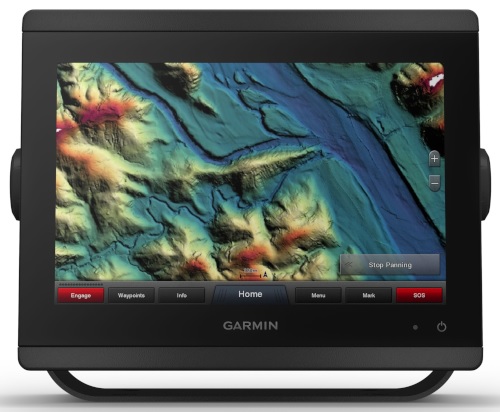 In advance of this week’s Miami Boat Show, Garmin is excited to announce the addition of high-resolution relief shading to our premium BlueChart g3 Vision and LakeVu g3 Ultra cartography products for coastal and inland fishing and boating. The full press release is attached and can be found here for reference, along with an image showing the new data in both g3 Vision and g3 Ultra. In addition, we also announced a new thru-hull Panoptix LiveScope transducer and availability of our new GPSMAP 8600xsv series, which I’ve also highlighted below. As always, if you have any additional questions, please let me know!

The full line of Garmin’s new BlueChart g3 and LakeVu? g3 cartography that blend the best of both Garmin and Navionics content together for the first time to deliver unparalleled coverage and detail, will be available for purchase and download beginning Feb. 27, 2019, and have already shipped out pre-loaded into the new GPSMAP 8600/8600xsv series. The new BlueChart g3 charts and LakeVu? g3 maps are also the first preloaded cartography to offer built-in Auto Guidance, a technology that searches through relevant charts to create a suggested route based upon the user’s desired depth and overhead clearance.

Garmin is excited to announce another mounting option for its award-winning Panoptix LiveScope system – a thru-hull installation – for customers who cannot use the original transom/trolling motor mount version. Featuring the same live scanning sonar technology as the original version, the Panoptix LiveScope thru-hull will be available in March for $1999.99 and will include the GLS 10 sonar black box and LVS32-TH transducer and thru-hull mount.

First debuted at the 2018 Fort Lauderdale Boat Show, Garmin’s new flagship GPSMAP 8600/8600xsv series is shipping and now available! An extension of its original GPSMAP 8600 series, these new all-in-one chartplotters bring premium features like built-in sonar and new BlueChart g3 coastal cartography and LakeVü g3 maps with Navionics data and built-in Auto Guidance to smaller, more affordable display options. Available in 10-, 12- and 16-inch displays – ranging in in price from $2499.99 to $5999.99 – that feature full HD in-plane switching (IPS) screens with multi-touch control, the GPSMAP 8600/8600xsv series is Wi-Fi enabled and offers full connectivity and networkability so mariners can completely customize their marine electronics system based on their needs and preferences.