U.S. whitetail hunters took more mature bucks than 1½-year-old or “yearling” bucks for the second consecutive year – and the second year ever in modern history – according to data compiled by the Quality Deer Management Association (QDMA) for its 2017 Whitetail Report, now available online.

In the 2015-16 hunting season, the most recent season with complete deer harvest data available from every whitetail state, the percentage of 3½-year-old and older bucks climbed to 35 percent of the nation’s buck harvest, the highest harvest rate in modern history. That exceeds the rate of harvest for yearling bucks (34 percent) and the harvest of 2½-year-old bucks as well, which was 31 percent. 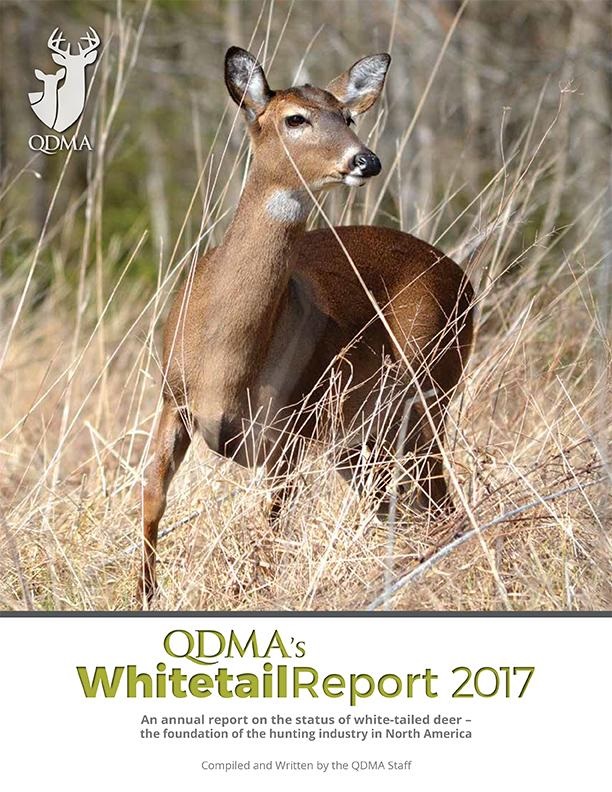 “No state wildlife agency employs regulations or encourages hunters to pass anything more than yearling bucks, yet the percentage of bucks 3½ years and older now surpasses 1½- and 2½-year-olds,” said Kip Adams, QDMA’s Director of Education & Outreach. “That means many hunters are willingly passing 2½-year-old bucks that are legal to harvest, which shows a desire by many hunters to hunt bucks that are at least 3½ years old.”
Of the 28 whitetail states that collect age data on bucks, the top state in harvest of mature bucks for the 2015-16 season was, again, Mississippi, where an incredible 77 percent of bucks killed were 3½ years old or older. Rounding out the Top-5 were Texas at 75 percent, Arkansas at 74 percent, Louisiana at 67 percent, and Oklahoma at 60 percent. These same states achieved some of the lowest rates of yearling-buck harvest in the nation. For the fourth year in a row, Arkansas claimed the lowest rate at only 7 percent. Arkansas has led the nation in this statistic seven of the last eight years.
In total buck harvest, the 2015-2016 season was nearly identical to the previous five-year average. More antlered bucks were shot in 25 of 37 states (68 percent) in the 2015-16 deer season than during the 2014-15 season. Six of 13 states in the Northeast, six of 11 states in the Southeast, and all 13 states in the Midwest shot more bucks in 2015 than 2014. The total buck harvest was 2,715,246, and that was 4 percent higher than in 2014. Southeast hunters shot 3 percent fewer bucks than the prior year while Midwest hunters shot 10 percent more and the Northeast harvest increased 11 percent.
Complete state-by-state estimates of total buck harvest, buck age structure, and other harvest parameters are available in the full Whitetail Report, which also includes a look at numerous other critical issues for whitetails and deer hunters. Download a free PDF of the 2017 Whitetail Report, or purchase a printed copy for $10 by calling 800-209-DEER.
print