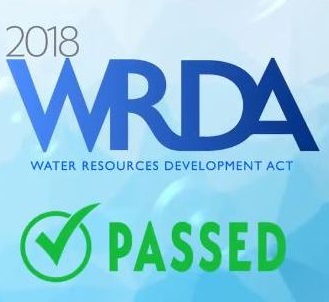 President Trump has signed the America’s Water Infrastructure Act of 2018 – which includes the Water Resources Development Act of 2018 (WRDA) – into law. Thanks in part to advocay of America’s boaters and anglers over the past several months, this critical legislation is now on the books.

Thanks to boaters, anglers and conservationists for being outspoken and active on WRDA. The passage of this bill is a reminder that when we unite as an industry, we can make a difference.