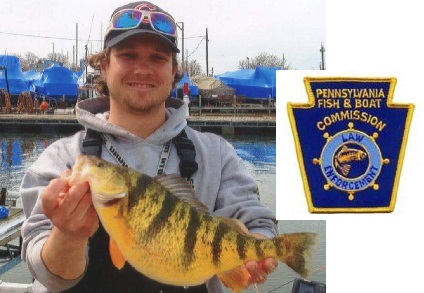 A Yellow Perch (Perca flavescens) caught in Erie’s Presque Isle Bay has been named by the Pennsylvania Fish and Boat Commission (PFBC) as the new state record for the species.

The weight of the fish surpassed the previous record by 3 ounces. That fish was caught in Presque Isle Bay in March 2010 by Erie resident Jeffrey Matts.

The PFBC certifies state records based on total body weight. Potential record fish must exceed the established mark by at least 2 ounces, as weighed on a certified scale. To be considered for state record certification, a fish must be caught using legal means, in season, from Pennsylvania waters open to the public without charge or fee. Fish taken from farm ponds, fee-fishing lakes, ponds or streams or in waters restricted to use by club members or their guests do not qualify. Staff from the PFBC must examine the fish.

Complete rules and application are available at http://fishandboat.com/strecord.htm. The PFBC is the only entity that can certify an official state record fish in the Commonwealth.