A cooperative effort among the recreational fishing industry, anglers and state and federal agencies has resulted in reduced mortality for thousands of red snapper and other reef fish in the Gulf of Mexico and South Atlantic. 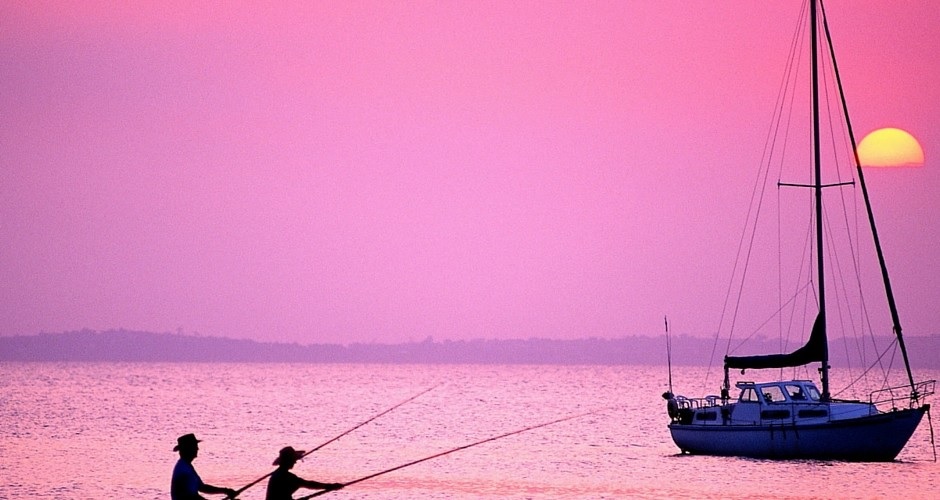 Throughout 2015-2017, the FishSmart Best Practices and Descender Education project, coordinated through the FishAmerica Foundation, engaged more than 1,100 anglers in the Gulf of Mexico and South Atlantic regions to improve the survival of angler caught-and-released fish. Participants in the project were provided with: information on best practices for handling and releasing fish; and with SeaQualizer descending devices. They were then asked to evaluate their experience.

“Through the FishSmart project, the recreational fishing industry is leading the way to improve the survival of caught-and-released fish and help ensure the future of our sport” said Mike Nussman, president and CEO of the American Sportfishing Association (ASA). “The FishSmart Best Practices and Descender Education project represents the continued growth and evolution of this program, which reflects anglers’ and the industry’s longstanding and continued commitment to fisheries conservation.”

One of the key findings of the four regional workshops was that returning saltwater fish caught in deep water to the depth at which they were caught – or as close as possible – can significantly improve their chances of survival. In the Gulf of Mexico and South Atlantic, many reef fish such as red snapper are being released due to increasingly shorter seasons and higher rates of encounter. Without proper handling techniques, such as use of descending devices, a significant percentage of released fish die, to the detriment of fisheries conservation and future fishing opportunities.

However, since release mortality in recreational fisheries is the culmination of millions of individual encounters between anglers and fish, true conservation benefits will be achieved by empowering individual anglers with information, training and tools to improve the survival of each individual fish that they return to the water.

Through the FishSmart Best Practices and Descender Education project, anglers collectively reported releasing 16,000 – 28,000 red snapper and 13,000 – 22,000 other fish by applying best practices techniques and using the SeaQualizer when needed. Based on the most recent research on the benefits of descending fish under conditions typically encountered in the Gulf of Mexico, an estimated 3,000 – 9,000 red snapper survived during this project period through the use of the SeaQualizer alone, plus an unknown number of fish that survived as a result of improved handling techniques.

Leonard further said, “Nearly 75 percent had little or no knowledge of descender devices prior to participating in this project and indicated that are now likely to use a descender device to release most or all fish when needed. This reinforces the well-known fact that anglers are true conservationists at heart: provide them with the tools and techniques to do the right thing and they readily embrace it.”

Additional information about the results of the project are included in this information sheet.

About FishSmart:
FishSmart is a proactive approach driven by the sport fishing community to addressing one of the most significant challenges to sustaining recreational fishing in the future: reducing the mortality of fish stocks while enhancing the fishing experience.  This is being accomplished through two basic approaches: 1) developing fishing techniques and management approaches that reduce the catch of unwanted species or sizes, and; 2) improving the survival of released fish through promotion of science-based Best Practices, research, and communication.  More information is available through www.fishsmart.org.

The American Sportfishing Association (ASA) is the sportfishing industry’s trade association committed to representing the interests of the sportfishing and boating industries as well as the entire sportfishing community. We give the industry and anglers a unified voice when emerging laws and policies could significantly affect sportfishing business or sportfishing itself. ASA invests in long-term ventures to ensure the industry will remain strong and prosperous, as well as safeguard and promote the enduring economic, conservation and social values of sportfishing in America. ASA also gives America’s 46 million anglers a voice in policy decisions that affect their ability to sustainably fish on our nation’s waterways through Keep America Fishing®, our national angler advocacy campaign. America’s anglers generate more than $48 billion in retail sales with a $115 billion impact on the nation’s economy creating employment for more than 828,000 people.