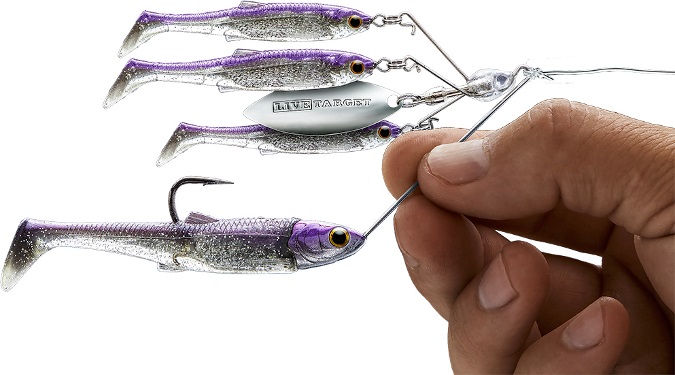 The Alabama Rig® (A-Rig) exploded onto the bass fishing scene in 2011. Downsized versions of umbrella rigs (aka spreader rigs) used for eons trolling pelagic saltwater and freshwater predators, these wire baits are designed to emulate a school of baitfish on-the-run. Their use sometimes controversial, A-Rigs have played dominant roles in many competitive bass fishing events.

Yet, for most anglers who compete against their best buddies for pride or pocket change, multi-wire baits are simply another effective tool in the toolbox. Inspired by the possibilities that a multi-wire lure configuration provides under a truly diverse array of conditions, LIVETARGET recently introduced the versatile, customizable BaitBall Spinner Rig. Garnering massive recognition at ICAST 2017 and a recent “Best Freshwater Lure” award at Big Rock West distributor show, the LIVETARGET BaitBall Spinner Rig is poised to make a tremendous impact on your fishing success.

No simple umbrella rig, the LIVETARGET BaitBall Spinner Rig boasts a radical design bristling with unique elements. The multi-wire lure incorporates hookless, soft-plastic “teaser” fish on three arms, a single willow-leaf spinner blade for flash in the center, and a specially designed “target” fish armed with a single sturdy black nickel hook riding, vulnerably, below the spinner. Anglers can quickly replace or customize any of the soft plastic target and teaser fish via the BaitBall Spinner Rig’s unique Interchange System. 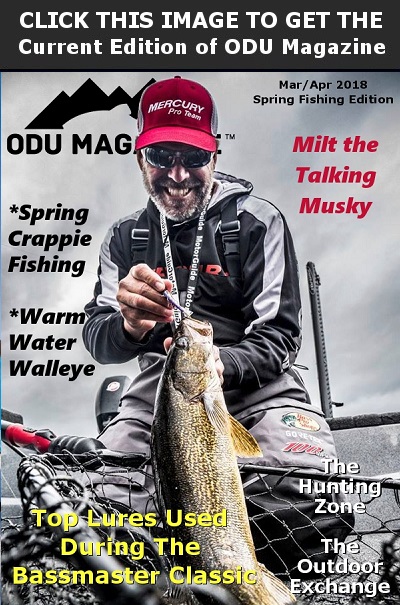 The LIVETARGET BaitBall Spinner Rig is also perfect for searching on the slow-troll. Progressive bassers and striper aficionados often troll at painstakingly slow speeds – 1.5 to 2 MPH – through schools of marked, suspended fish. Locate an active school, put on the breaks, and let the casting begin.

The integrated action of the teaser bodies, the flash of the spinner blade, and the tuned vibration of the target fish provides the LIVETARGET BaitBall Spinner Rig with a unique blend of strike-triggering sensory inputs. Grant Koppers, founder and President of LIVETARGET, commented that the BaitBall Spinner Rig is, “one of the most innovative and unique products we have ever designed. In fact, we’ve been working on this concept for several years. Every variable to make this lure function and trigger strikes has been meticulously considered. The flash and vibration are unlike any lure ever created.”

Available now, the LIVETARGET BaitBall Spinner Rig (MSRP $13.49-$15.49) is provided in three frame sizes, each with two weight options, making it simple to pick the right BaitBall Spinner Rig for shallow or deep-water applications. The award-winning bait is available in a spectrum of eight color patterns for effectiveness in a variety of water conditions, from gin-clear to murky mocha. These same colors and sizes are also available in the versatile Interchange Systems (MSRP $7.99).

Create – innovate – dominate: this is the nature of competition, and the reason why better lures will always catch more fish. The LIVETARGET BaitBall Spinner Rig is, quite simply, better than any castable umbrella rig you’ve ever fished. Tie one on, and learn why LIVETARGET lures dominate freshwater, saltwater, and the competition.