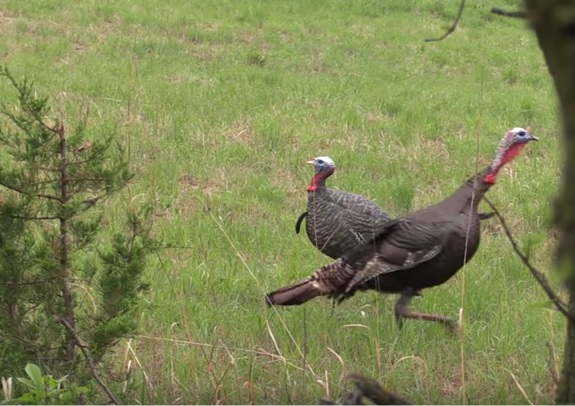 Victory Outdoors founder, Curtis Goettsch was filming team member, Ryan Warrick on a spring turkey hunt in Nebraska when two Jakes came in to their setup. Ryan elected to pass on the young gobblers because he had harvested a Jake the previous day. Curtis and Ryan were kicked back watching the show when several minutes later, the Jakes started to putt.

The two hunters were unable to see what had the birds spooked because of cover to their left and they were hoping it was a couple of bullying Toms approaching. As the Jakes exited quickly to the right, a coyote burst on to the scene, hammering their Avian X Jake decoy. With every thing happening so fast and Ryan having the same view as the camera, he was unable to get his gun up in time to get off a shot.