“Late winter is an awesome time to be on the ice chasing sunfish, crappies and perch,” he says. “Due to longer days and higher levels of dissolved oxygen, the fish are active and on the bite.”

Achieving late-ice nirvana hinges on finding the fish. Courts advises anglers to abandon the deep mid-lake holes and basins that held panfish at mid-winter. “Emerging weedbeds in shallow water—say 4 to 8 feet—are where it’s at right now,” he explains. 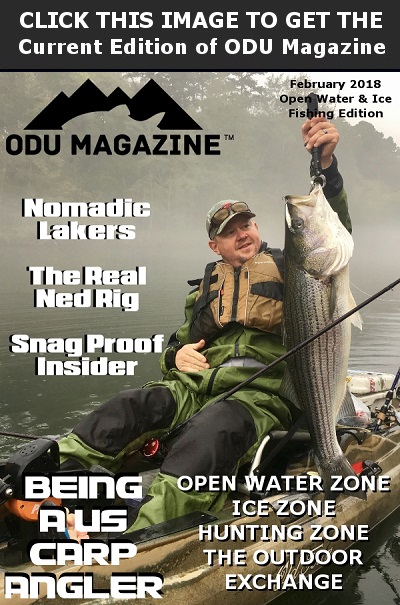 Courts uses sonar and an underwater camera to pinpoint promising weeds, then punches a series of holes across the top of the sunken garden. “Panfish will be scattered and moving around on the hunt for food; hole-hopping is the way to find them,” he explains.

For fast hookups, he favors tried and true presentations. “Northland Fishing Tackle’s IMPULSE® Water Flea and IMPULSE® Skeleton Minnow are deadly because these scented soft-plastic bodies have a lot of action, which is just what late-ice panfish want,” he says, noting that he tips the baits on a Tungsten Fire-Ball® Jig, Tungsten Mitee Mouse or Tungsten Larva Fly.

“Drop the jig in the hole and either fish it down or let it settle into the weeds and rip it out, then hold it above the weedtops,” he suggests. “Most times, a quivering motion gets the job done, especially if you can get fish that are eyeballing the bait to chase it by slowly raising the jig higher in the water column.”

Courts cautions not to linger long in a fishless hole. “If nothing appears on sonar within a few minutes, move on to the next hole,” he says. “Late ice is the time to rack up numbers of fish, and you can’t do that waiting for them to come to you.”