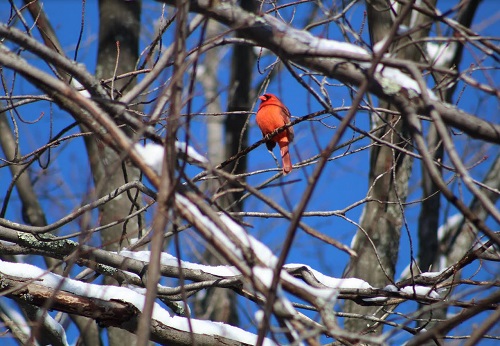 Winter in the Benner household usually means slowing down a bit.  With my hunting done for the year, unless a pesky porcupine needs to be taken care of, it is time to catch up on some of those chores my wife never seems to run out of.  I don’t ice fish, though I did so as a kid and would like to give it a try again sometime.  I don’t downhill ski, though I do cross-country ski.  What I do is spend a great deal of time on my snowshoes hiking the woods and studying wildlife and the world around me.

Familiar hunting areas look much different in the winter.  The crisp winter air allows sounds to seem much louder and they travel further.  The tracks in the snow tell the story of life in the woods; one of predator and prey.  Many of the woodland creatures have either moved on to warmer climates or are asleep in their burrows deep underground or nestled in a stonewall or woodpile.  Others, like the bobcat and the snowshoe hare go about their daily struggle of survival.

Winter was the time that I taught my daughter about wildlife and now I can teach those lessons to my granddaughters.  We put food out for the birds and we have spent a great deal of time watching cardinals, juncos, chickadees and others. 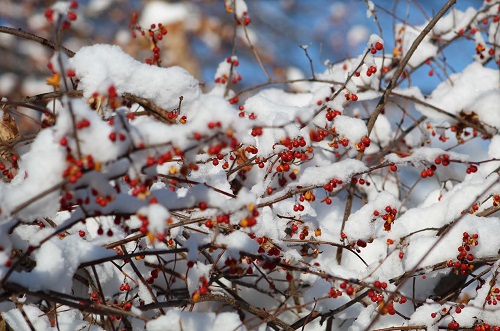 Gray squirrels come to the feeders as do the occasional wild turkey.  Birds of prey, such as owls, Sharp-shinned hawks and Cooper’s hawks often can be seen in the branches of the trees, looking to pick off a meal at the Benner All You Can Eat Buffet.  Sometimes, in the morning, we will find wing marks and feathers, all that remains of a successful hunt.  All of these things are learning moments.

Occasionally foxes, both Gray and Red, will come through, as do coyotes.  I’ve seen the tracks left by bobcats, though I have never seen the animal itself in my yard.  Every now and again an ermine will scamper across the stone wall.  He is on the hunt for voles and other rodents living under the snow.

The winters are long here in New Hampshire so there is plenty of time to do chores (though don’t tell my wife that).  There is time to meet those article deadlines and to clean my fishing gear.  What there never seems to be enough time to do is to appreciate the world around us.  Take some time this winter and do just that.  Better yet, share that experience with your children and grandchildren.  Like is too short to do otherwise.