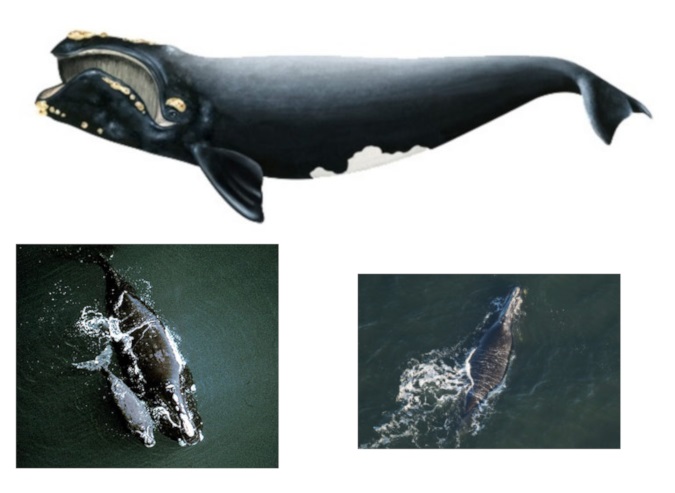 This past December, researchers received a belated Christmas gift when the first North Atlantic right whale calf of the season was spotted just off the northeast coast of Florida. Right whales are known to migrate from the cool waters of the North Atlantic down to the Georgia and Florida coast to give birth from December to March. Scientists track the migrating whales using aerial sightings and reported sightings by fishermen and others.

Since December, two additional mother and calf pairs have been spotted off the coast of northern Florida. This is a welcome sight after last year’s calving season when not a single new right whale calf was sighted.

For more information on the recent calf sightings, see this article from NPR.

With an estimated population of less than 450 individuals, it is no surprise that North Atlantic right whales have become emblematic of endangered populations struggling to rebuild.  If the current rate of population decline continues, the female population could be back to the 1990 level in just 12 years.

Each year, migrating North Atlantic right whales face interactions with fishing gear, vessel strikes, and changing environmental conditions resulting in changes in food availability and increased migration distances.  These conditions can result in serious injury to a right whale and in many cases mortality.

This mortality, coupled with low birth rates, has resulted in the classic population decline scenario:

The right whale population is monitored by NOAA Fisheries through its Protected Resources Division. Working with NOAA Fisheries, the South Atlantic Fishery Management Council has made great strides to lower the risk of North Atlantic right whales becoming entangled in fishing gear in the southeast. Through the Snapper Grouper Fishery Management Plan, the South Atlantic Council implemented black sea bass pot gear restrictions aimed at avoiding interactions with right whales when they are migrating south to give birth. And indeed, entanglements originating in the southeast are low compared to those originating in New England and Canadian waters.

The sighting of North Atlantic right whale calves this season gives reason to hope. Continued research and coordinated management efforts in the southeast, New England, and Canada will be critical in ensuring a future with a healthy population of right whales.