Stream and river fishing for trout during the summer can mean low water and high temperatures, both making the already elusive trout that much more difficult to catch.  Tactics and equipment that work well during the cooler months of the year will need to be modified or perhaps even kicked to the side.  If you are a hard bait angler that may even mean taking a few ideas from our fly fishing brethren.  That is what I have done and it works.

One of my favorite lures to use for stream and river trout is the in-line spinner.  In the best of times and conditions nothing attracts rainbows, browns and brookies like a ½ ounce in-line spinner worked fast through moving water.  During those times colors like yellow, white, gold and black work well.  Come summer things change.  The fish are not scattered; instead they are holding in deep pools.  The trout are more finicky about what they will take.  The angler needs to adjust to these conditions.  Many people will say that the in-line spinner is not the lure to use in these conditions.  I’m here to say they are wrong.  An in-line spinner, if used correctly, will produce fish even during the dog days of summer.

This tactic/tip I learned while fishing the Ammonoosuc River in northern New Hampshire.  This river is well known to produce nice trout even during the warmest of summers.  I brought with me an assortment of in-line spinners, in a variety of colors.  I was fishing a rock strewn section that looked “fishy”.  Down the river, at another set of rocks, was a fly fisherman.  We waved to each other then went back to the task at hand.  Cast after cast I made with no luck.  I looked downstream to see the fly angler with his rod bent with the weight of a nice rainbow trout.  This went on for the better part of an hour.  I finally made my way down and asked to see what he was throwing.  His fly was a fairly small fly that didn’t look like anything natural and it was a bright combination of pink, purple and chartreuse.

I went back to my spot and searched through my tackle to see what I had.  I didn’t have anything that bright and gaudy, but I did have two in-line spinners that might do the trick; a Mepps Aglia Brite with a black and chartreuse blade and a chartreuse Worden’s Rooster Tail, both being ½ ounce in weight.  Starting with the Mepps, I made cast after cast and started picking up fish.  They weren’t coming fast and furious, but they were coming.  I ended up leaving that spot with three respectable brook trout.

Before heading home I stopped at another section of the river.  This was a narrower section and much rockier.  The water here was also much shallower.  This time I put the Rooster Tail on to see if I could make the same experiment work again.  On the third cast a nice brown trout darted out of its hiding spot in the rocks and took the lure as it went by.  The lesson taught to me by that fly fisherman really did work.  On my way home I stopped and picked up the brightest colored in-line spinners the store had.

What makes the trout go after something that looks so odd?  I don’t know for sure, but I believe it can be one of two things: 1) the trout attack out of anger and 2) they attack because it is something different.  During the hotter days of summer trout find pockets of cooler water, not often leaving them to chase down food.  When something “invades” their space they attack it, whether it is another trout or your bait.  Reason number two may also answer the question.  All spring anglers have been throwing the same thing over and over again, “matching the hatch” if you will.  The trout that are there in the summer are the ones that were able to survive the spring onslaught and thus have become educated.  Maybe the bright colored bait, being dropped in their face is just too much to pass up.

When searching for these summer in-line spinners I am looking for something that is bright and doesn’t look like anything natural.  I have found that hot pink, lime green, chartreuse and bright purple all work good.  I also make sure I carry a large assortment of baits in the firetiger color pattern.  Make sure you buy plenty as you will lose some to the rocks and submerged timber. 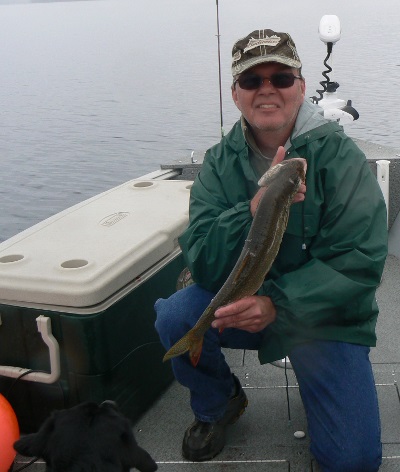 During the summer, the sizes of the baits you are throwing do make a difference.  While a ½ ounce in-line spinner will work, I like to downsize to 1/4, 1/6 or 1/8 ounce lures.  Most summer trout want food that won’t require too much effort on their part to catch and eat, so the smaller sizes seem to work the best. Every situation is different, so play around with it and see what works best for you.

Size is not limited to just the lures you are using.  The size of the rod, reel and even the line that you are using will make a difference and will be governed by the water body you are fishing.  For wide rivers and areas where I have room to maneuver, I like to use my six foot, six inch light action Abu Garcia “Blue Sky” rod coupled with a Zebco 304 spinning reel spooled with four pound test Stren Easy Cast monofilament line.  The longer rod allows me greater casting distance, which is handy with these lighter lure weights.  Unfortunately, everything is not going to be easy.  Some of the best pockets will be where the longer rod will be more of a hindrance than anything else.  You will need a rod capable of making pinpoint casts in a confined spot.  My setup is a four foot, nine inch ultra-light South Bend “Black Beauty” rod coupled with an Eagle Claw spinning reel spooled with that same four pound test line.  Though I will sometimes drop to two pound test line, I like the four because the lighter line gets beaten up pretty good in the rocks.  No matter whether you use two or four pound test line be sure to check it often for wear.

Most anglers who use in-line spinners simply cast out and reel back in; time and time again.  While this approach works well in the spring when the trout are active and scattered, it doesn’t always work well when the water heats up and the trout slow down.  During this time of year the trout will not normally expend energy chasing down a fast moving lure.  That means that the angler needs to slow down and present the lure right in front of the target.  One tactic that has worked for me, and is one that I have taken from many fly anglers, is to cast beyond the pocket and then retrieve it slowly until you get the lure over the pocket.  Once there stop the retrieve and let the bait drop.  Allow your lure to sit still a couple of seconds and then bounce it a couple of times in the rocks and let it drop back down.  If there is a trout there, believe me it is watching your lure.  Finally start reeling.  This should trigger the trout to strike.  If not, try again.  Don’t be afraid to change things up and be prepared to lose lures.

Another tactic I have found to work is to allow Mother Nature to present the lure to the trout for you.  While fishing Otter Creek in Vermont the water was low, exposing sand bars and previously submerged timber.  There was also downed timber lining the banks and overhanging the river.  In the middle was a deep channel with a pretty decent current.  This is where the trout would be.  Putting on a bright pink Rooster Tail I started casting upstream, allowing the current to take the in-line spinner, bouncing it along the bottom, bringing it to where the trout were.  All I did was keep the slack out of the line.  It took a few casts, but all of a sudden I felt the weight as I reeled in the slack and the fight was on.  A nice rainbow had decided that it liked my offering.

Are in-line spinners the answer in all summer trout angling situations?  Of course not, but they shouldn’t be overlooked either.  When times get tough the angler needs to pull all of the tricks out of the box.  Don’t be afraid of changing things up.  Watch and learn from other anglers and adapt these lessons to what you are doing.  Doing so could mean that you will be catching fish when everyone else is going home.