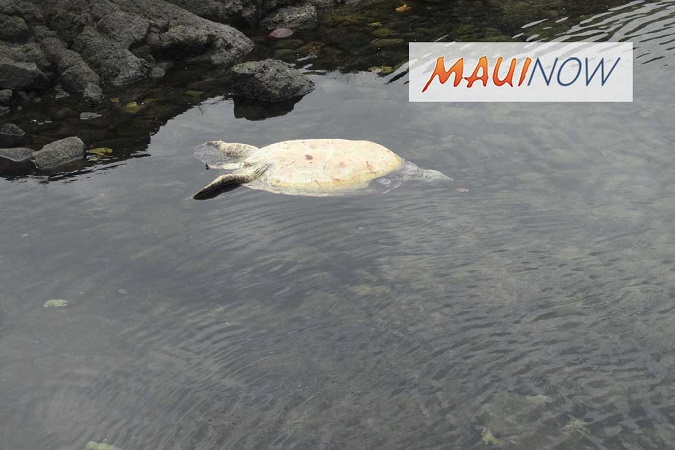 Officers from the DLNR Division of Conservation and Resources Enforcement (DOCARE) arrested 32-year-old Bronson Nakaahiki of Kekaha, Kaua‘i after witnesses reported seeing him allegedly slice a threatened Green sea turtle’s throat and then harvest meat from it on Kekaha Beach.

The witnesses called the Kaua‘i Police Department. KPD officers detained Nakaahiki and alerted DOCARE. Nakaahiki was arrested and is charged with take of an endangered species. State Sheriffs transported him into custody. He was released pending a court appearance.

DOCARE officers are still asking for help in identifying the person or persons who killed a turtle at Onekahakaha County Beach Park in South Hilo last weekend. This turtle was also spotted by witnesses floating belly-up in a cove at the park. Its two front flippers had been amputated.

Anyone with information on these or any other illegal activities involving turtles or other endangered and threatened animals is asked to immediately call the DOCARE statewide hotline at 643-DLNR or report it anonymously via the free DLNRTip app on their smartphone. All stranded, entangled or injured marine animals should be reported to the NOAA Fisheries Marine Mammal Hotline at 888-256-9840.