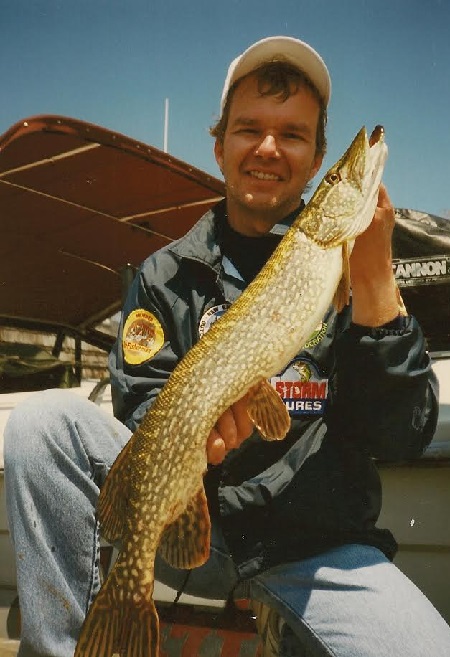 Ask anyone who knows me and they will say that I love to fish.  If it swims I’ll go after it, but my passion is for fish with teeth.  That means walleye, trout, salmon, pickerel and their larger cousins, Northern pike.  I have fished for pike throughout New England; from Vermont and Maine to Connecticut.  I have fished on lakes, ponds and rivers.  No matter where I fish and people find out what I am fishing for, they always ask, “How do you catch pike?”  I hope that this article will shed some light on that question.

First of all, let me say that the list for what won’t catch pike is much smaller than the list of things that will.  I have taken pike on a fly rod; and I have hooked into them using an ultra-light spinning rod while targeting trout.  Believe me; a pike will make short work of your trout rod.  My preferred method is to pursue these fish using baitcasting gear, with a rod with enough backbone to handle these powerful fish.  My normal pike set ups consist of three rod and reel combos, the first being a Quantum Energy E500 reel attached to a seven foot Quantum medium/heavy rod.  The reel is spooled with 20 pound test Stren High Impact line.  The second set up is a Quantum E400 reel attached to a six foot, six inch medium/heavy rod.  This reel is spooled with 17 pound test Stren line.  My third set up is a Quantum EX reel spooled with 12 pound test line which is mounted on a five foot, six inch Quantum medium/heavy rod.  Like most pike anglers, I like to use leaders, even with the heavier line.  Unlike some other anglers, I don’t like to use steel leaders.  Instead I make my own leaders out of 20 to 25 pound test fluorocarbon line.

Before every trip I go through the lures I think I will need for a particular body of water.  No matter what I pack, I always seem to be missing something.  With that said, here are some must types of lures that I will always pack.  First and foremost are many large (not striper large, but they would work) minnowbaits.  Next would be various sizes of crankbaits.  Last, but not least, are an assortment of ½ ounce, or larger, spinnerbaits.  If you have nothing else, these lures will catch pike, but I am not satisfied with just these lures.  In the many plastic boxes I carry one can find various spoons, in-line spinners and large top water baits.  You just never know what the pike will want and I like to be prepared.

Size and color do matter when fishing for pike.  It is well known that large lures will catch large fish.  There is no lure too large for a pike to go after.  After all, these fish are known to feed on ducks, muskrats and even other pike.  The trick here is not to use lures that are too large for the tackle you are using.  Color is another factor.  Fly anglers, and even bass anglers, make a big deal over “matching the hatch”.  While this may work when fly fishing for trout or when using terminal gear for bass, it really has no place in pike fishing.  Pike are apex predators and they will eat anything, so you will want to entice them, attract their attention if you will.  What I have found is the flashier, the better.  My favorite color pattern to use is firetiger, but bright orange, hot pink or even purple will work as well. 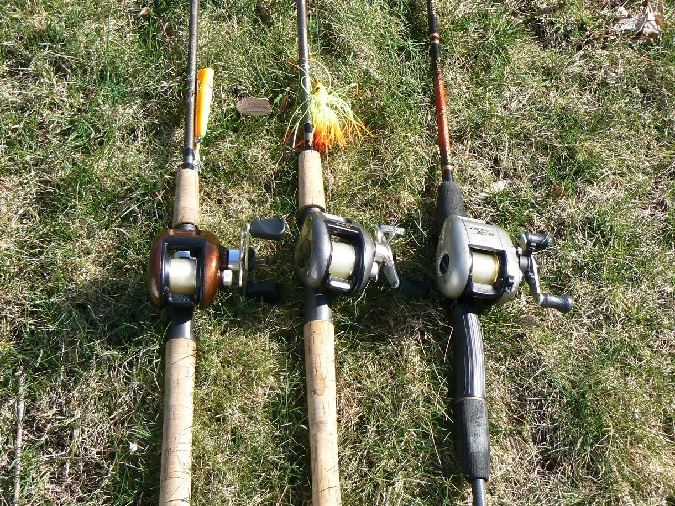 What I have covered is the hard part.  Many people ask me how to fish these lures?  That is actually the easy part.  My answer is any way you want.  Many anglers in the Great Lakes Region of our country take pike while trolling for walleye.  Bass anglers on the Connecticut River are always fending off pike.  Simply put, there is no wrong way to work these lures.  I usually cast to anything that looks like an ambush point and then reel back.  Sometimes I reel fast; sometimes I reel slowly.  I try many different things.  There is no such thing as reeling too fast.  A pike will get your lure if it really wants it.  Just be ready at all times to set the hook.  Many times pike will follow your lure right to the boat.  If this happens, and you see it in time, stop your lure dead in the water.  Once it has fully stopped, wait a second and then start reeling as fast as you can.  This sudden movement may trigger a strike.

Where to fish for pike is always the next question.  Well, the bodies of water here in New England that hold pike are too numerous to list here.  My best advice is to contact the fisheries department in the state you plan to fish and ask.  They will be more than willing to help you out.  Once you find that body of water pick up a good map of that body of water.  It will give you the water depths of that body of water and that is the info that you need.  Look for areas where shallow water suddenly goes deep.  It is at the drop where you will find predators, like pike, waiting to ambush prey.  Work a minnowbait or crankbait through the shallow area to and over the drop off.  While doing this be prepared to get hit in the shallows by a cruising pike.

Shallow areas also offer mats of floating weeds.  It is here that I usually throw a spinnerbait and then rip it through the vegetation.  Big pike hang out under these floating masses and while spinnerbaits are not really considered “weedless” lures, they are a heck better than some other lures.  Another good lure to use in this situation is a Johnson Silver Minnow or Bomber Who Dat weedless spoon.

There you have it, Pike Fishing 101.  Northern pike are not at the top of New England’s gamefish list, but they should be.  They are fun to catch and put up one heck of a fight.