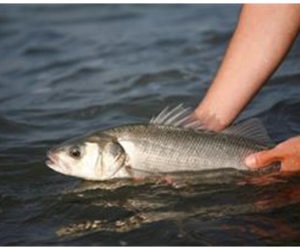 Anglers in Europe have won what has been described as a ‘massive victory’ with the news that the European Commission has recommended the reinstatement of the one bass bag limit for fishermen from October 1.

The ruling – expected to be ratified by the European Council of Ministers – is a victory for the efforts of the European trade representative body, EFTTA, and the European Anglers Alliance (EAA), which have lobbied hard on the issue. It is also a massive boost for retailers and charter skippers in the region – particularly the U.K. and northern France – who have been struggling since catch and release only was introduced.

In a statement on its website the EAA said: “EFTTA and the EAA have pushed for this to happen since December. More force was added to our lobby efforts in July when a revised International Council for the Exploration of the Sea (ICES) advice showed that the recreational bass fishing mortality estimate should be ten times lower than the original advice delivered last year and which formed the basis of the Commission’s catch-and-release only edict.

“We are now waiting for the ministers to adopt the proposal very soon – certainly in time for it to take effect from October 1. We would like to have seen this put into effect earlier, but the revised ICES advice came out too late for that to happen and vacation time also kicked in.

“We believe that a three bass bag limit would be fair during October, November and December without harming the bass population. The ministers can still decide that bag limit if they want to – but don’t hold your breath.”