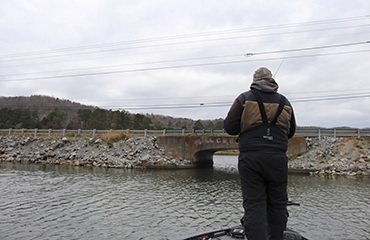 “If you think about it, every fish that migrates up and down this creek has to go through that little gap,” Jimmy Mason said, as he pitched a War Eagle Heavy Finesse Jig to the end of a small bridge up a Lake Guntersville creek arm. “It’s the ultimate funnel. Plus, any bridge along a causeway will cross the original creek channel.”

Mason, a tournament angler and longtime guide on Guntersville, Wheeler, Wilson and Pickwick lakes in North Alabama, considers causeways high-priority spots from late fall through early spring because the fish relate heavily to major creek and river channels at that time. They use the structure the causeway and bridge provide and favor the slightly warmer water that is found near riprap banks any time the sun shines brightly for a day or two during the cool months.

Mason doesn’t necessarily build a whole day’s strategy around causeways (although at times he might), but there are some causeways on all of the lakes he most often fishes that he seldom rides past without at least stopping to make a few pitches or casts.

The most important part of a typical causeway, not surprisingly, is the bridge itself, especially the ends of the bridge where riprap corners, bridge supports and channel edges commonly converge. Depending on wind direction and any creek or river current that might exists, eddies and current seams also can be important for positioning feeding fish.

Mason will always fish the gap, often pitching a jig to the edges and then digging down into the channel with a Norman Middle N or Deep Little N crankbait. Causeway bridges are also primary areas for fishing YUMbrella rigs during the winter. Mason will positon the boat a long cast away from the bridge, cast a Flash Mob Jr. toward the bridge, let it sink just a bit, reel slowly and hang on tight! 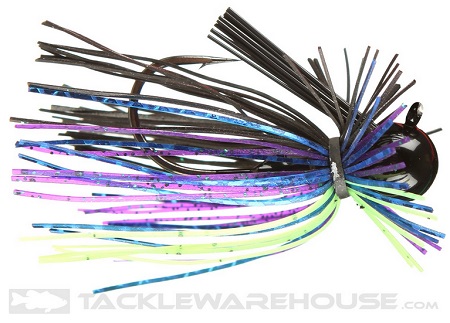 Often Mason will hit a causeway’s riprap banks while he’s in the area. A Middle N is ideal for rooting in the rocks to imitate a crawfish and to prompt strikes. If the water is heavily stained and Mason expects the bass to be tight to the rocks he’ll position the boat close to the rocks and cast parallel with a War Eagle Colorado/Indiana spinnerbait.

“That bait has a lot of thump and works really well slow rolled during the winter,” he said.

Generally speaking, small bridges along long causeways are the most productive, both because they concentrate the fish the most and because they get less attention from other anglers than major bridges. The best causeway any given day depends on whether the most bass are in the creeks or in an impoundment’s main river channel.

Something nice about a causeway is that the spots are very concentrated and easy to pinpoint. It’s easy to try one just long enough to see if the bass are home and willing to play and then move to another or do something else if that doesn’t work. Often it does work, though, and sometimes a small-seeming area will produce a surprisingly large number of fish