The U.S. Department of Interior announced the recovery of the Yellowstone grizzly bear population as well as its intent to remove federal protections and return management to state agencies. 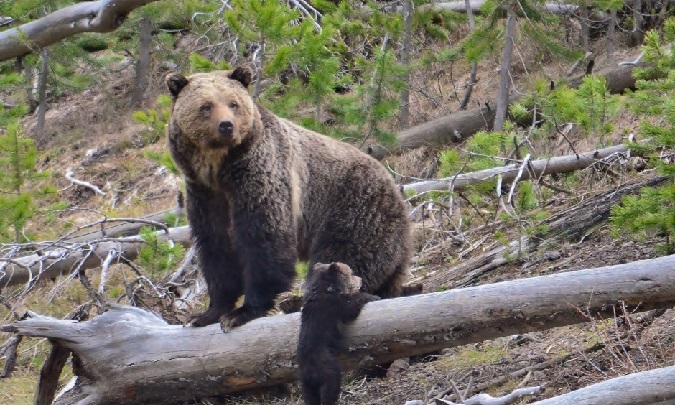 “The Rocky Mountain Elk Foundation supports the delisting of grizzly bears,” said David Allen, RMEF president and CEO. “It’s been a long time coming and we think this is the appropriate move by Secretary Zinke and the U.S. Fish and Wildlife Service.”

The Yellowstone population rebounded from as few as 136 bears in 1975 to an estimated 700 today. Confirmed sightings of grizzlies are taking place in locations where they have not previously been seen for more than 100 years as they extend their range in the Northern Rockies.

“This achievement stands as one of America’s great conservation successes; the culmination of decades of hard work and dedication on the part of the state, tribal, federal and private partners,” said U.S, Secretary of the Interior Ryan Zinke. “As a Montanan, I’m proud of what we’ve achieved together.”

The Yellowstone grizzly population meets all delisting criteria. These factors include not only the number and distribution of bears throughout the ecosystem, but also the quantity and quality of the habitat available and the states’ commitments to manage the population from now on in a manner that maintains its healthy and secure status.

“We do caution everybody to manage their expectations about the potential of hunting grizzly bears. The reality is there will be very minimal hunting of grizzly bears for the next several years. Those who oppose the delisting are going to try and use ‘trophy hunting’ as a major obstacle and reason not to delist grizzly bears. It’s purely rhetoric and propaganda,” added Allen.

The final rule, and the supporting documents, will publish in coming days in the Federal Register and the rule will take effect 30 days after publication.