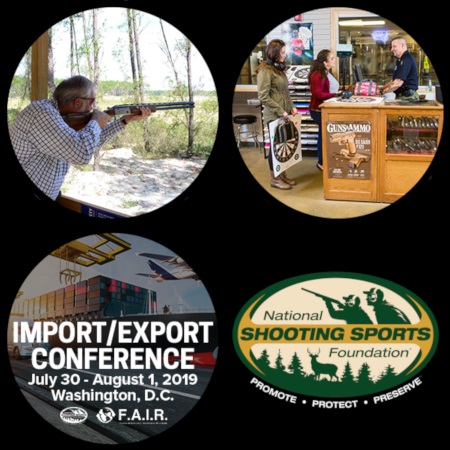 SMALL RETAILERS CAN SURVIVE AND THRIVE … NSSF President Joe Bartozzi responded to a column last week in The Outdoor Wire about challenges confronting independent firearms retailers by discussing strategies they can pursue, many aided by NSSF, to improve their businesses. “While the challenges facing all retailers are very real, we have observed some ways in which the independent retailers can not only survive, but they can thrive,” writes Bartozzi.

REGISTER FOR 2019 IMPORT/EXPORT CONFERENCE … The 18th annual Firearms Import/Export Conference, July 31- Aug. 1 in Washington, D.C., will focus on the numerous changes going on in several U.S. agencies affecting the business of importing and exporting your products. Enjoy presentations from the ATF, Department of Commerce, Department of State and others within the enforcement and compliance areas. Register today.