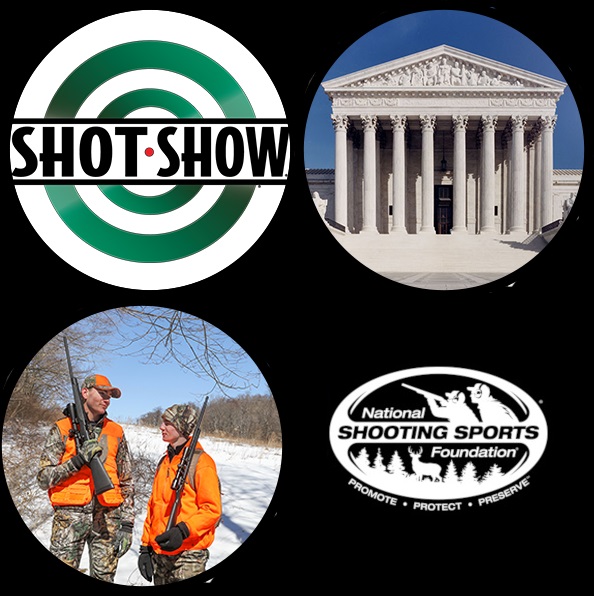 2019 SHOT SHOW® FEATURED INNOVATION AND GROWTH … The 41st SHOT Show, owned and operated by NSSF®, finished its four-day run with many notable successes, including a new record for exhibitors in its Suppliers Showcase and an innovative Pop-Up Preview that proved to be a hit with buyers. Watch NSSF CEO Steve Sanetti share the State of the Industry.

SUPREME COURT TO HEAR SECOND AMENDMENT CASE … The U.S. Supreme Court has decided to hear New York State Rifle & Pistol Association Inc. v. New York City, a case that will decide whether a New York City law that limits residents’ ability to transport their guns outside of their homes is constitutional. NSSF’s Larry Keane told Fox News online why this case is so important. NSSF will keep you posted on developments.

PROGRESS IN DEVELOPING NEW PARTICIPANTS … NSSF and other organizations announced at the 2019 SHOT Show a number of initiatives designed to increase participation in hunting and target through developing new participants and reactivating those who have lapsed or participate only occasionally. NSSF and other groups also announced a major milestone for the Families Afield® program of 2.2 million apprentice hunting licenses purchased.