The leaves are turning and there is a cold bite in the air.  This tells me two things; first, winter is right around the corner and second, it is time to take advantage of the fall harvest.  Here in New England, as in other parts of the country as well, that means apples are plentiful. When I was growing up we always had plenty of apples in the house.  We took them in our school lunches and even threw some at our friends.  Mainly my mother used them to make apple pies, baked apples and applesauce.  What follows is my mother’s recipe for applesauce, but with a twist.  I call it Bourbon Applesauce.

It is funny that many people seem to think that there is nothing more “American” than apples.  Heck, in my neck of the woods they grow wild everywhere.  We even have a saying, “As American as apple pie”.  The truth is that apples were brought here from Europe in the 1600s.  Don’t get me wrong, a great deal has changed since then and American apple growers have developed types of apples that are strictly “American”, but the original stock came from elsewhere.  What is “American” is bourbon whiskey. 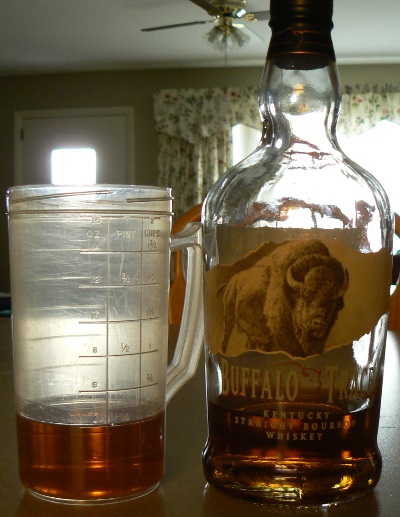 To learn more about bourbon whiskey I traveled to Kentucky and paid a visit to Buffalo Trace Distillery.  Here I learned how bourbon is made and what makes it different from other whiskeys.  Alcohol can be made from just about anything that ferments.  It is the ingredients, namely corn, and what happens to the alcohol after distilling that makes bourbon, bourbon.  After the alcohol is produced it is aged in charred oak barrels and it is this process that gives bourbon whiskey its color and flavor, a flavor that goes perfectly with the apples, brown sugar and cinnamon in the applesauce.

When it comes to apples it seems that no two types are the same.  Hard apples, like Cortlands, are perfect for pies because they hold their firmness even after cooking.  For applesauce you want apples that turn to mush fairly quickly.  McIntosh apples are perfect for this and that is why I use them in my applesauce recipe.  They are also probably the most plentiful apples found around my New Hampshire home.  The bottom line here is that apple trees are more than just a great place to set up your deer blind and bourbon is more than a great way to celebrate when you bring that deer home. 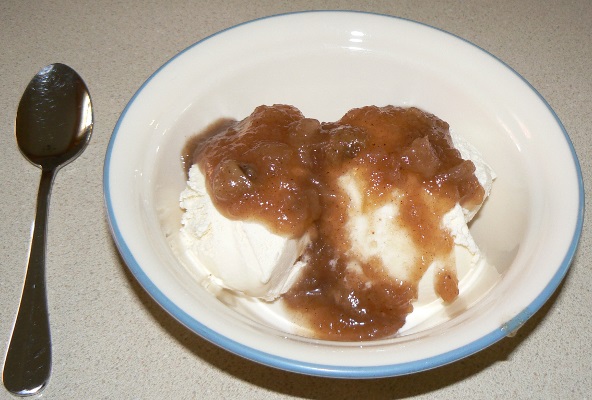