Bat pup season starts in early May and the N.C. Wildlife Resources Commission reminds homeowners to forgo any bat eviction or exclusion in their homes until the end of July.

May through July marks the time frame when female bats are raising their young – called pups. Young bats, like other mammals, depend on their mother for survival during the first few weeks of life. If a homeowner installs an eviction device or covers up the hole that bats have used to get into the house, female bats will not be able to get to their young after a night of feeding, and the young bats will starve to death. And, the females may be more likely to find their way into the homeowner’s living space as they search for a way back to their pups. If any bats are sealed inside, including pups that cannot fly, they will search for a way out and die inside the house, or find their way into the homeowner’s living space. 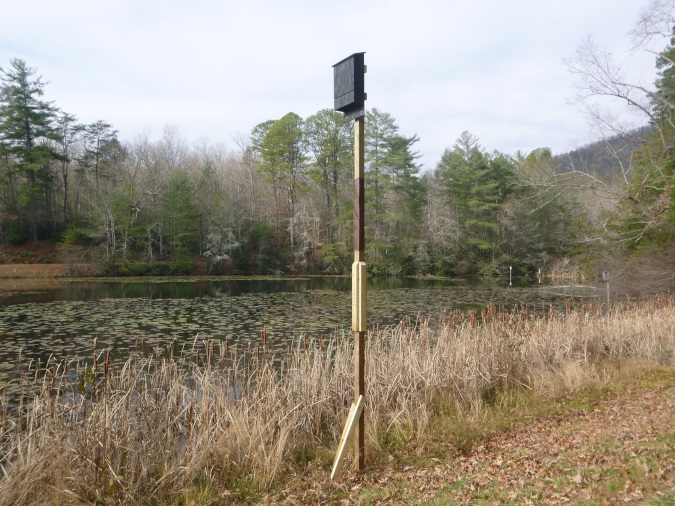 Many bat species only take three to four weeks to fly, but some may require a slightly longer developmental period. However, different species of bats give birth to live young at different times during the summer, hence the three-month range. During this time, preventing the colony from having access to the living space is important to minimize the chance of rabies exposure to the occupants.
If a bat does gets into the living space, it is important to determine if a rabies exposure occurred.

“Bites or scratches from a bat are an obvious exposure,” said Dr. Erica Berl, a veterinarian with the N.C. Division of Public Health. “However, since bat bites can be small, a bat found in a room with a deeply sleeping or impaired person, a small unattended child or a person who cannot communicate, is also considered an exposure.”

Bats that may have exposed a person should be safely captured and tested for rabies. If there was no exposure, the bat can be released to the outside.

Once the pup-rearing season has ended in late July, homeowners who have bats in their house should determine how they are getting into the house and install eviction devices that allow the bats to leave but prevent them from coming back into the home.

“Even a bat as large as a big brown bat can fit through an opening as small as 1 inch by 1 inch,” said Katherine Etchison, a wildlife diversity biologist with the Commission. “We recommend that homeowners look for small holes in the house siding, roofing, or spaces around utility boxes and other joins where a bat might be able to get in the house.’

Bat eviction devices can be purchased or made from PVC pipe or a variety of other materials. More information on bat exclusion guidelines is available on Bat Conservation International’s website<http://www.batcon.org/pdfs/binb/ExcludersGuidelines2014.pdf>.

People who would rather hire a professional to exclude bats from their homes can find a wildlife damage control agent in their area by visiting the Commission’s “Wildlife Damage Control Agent<http://www.ncwildlife.org/Trapping/Wildlife-Damage-Control-Agent>” webpage.

Bats return to the same roosts each spring, so it is important not only to maintain your home after excluding bats, but also to help displaced bats find alternate roosting spaces when they return. Homeowners can erect bat boxes near their homes. Place bat boxes on a pole or a building, not a tree, and at least 12 to 20 feet high in a place with at least seven hours of direct sunlight in the summer. For tips on building, buying or installing bat boxes see http://www.batcon.org/resources/getting-involved/bat-houses.

For questions regarding bats and other human-wildlife interactions, call the Commission’s N.C. Wildlife Helpline toll-free at 866-318-2401. The call center is open Monday through Friday (excluding holidays) from 8 a.m. to 5 p.m.

Read more tips on co-existing with bats<http://www.ncwildlife.org/Portals/0/WildlifeProblems/documents/Coexist-Bats-V3%20FINAL%202016%2001%2004.pdf> and learn more about bats in general by visiting the Commission’s wildlife species pages<http://www.ncwildlife.org/Conserving/Species>. Learn how to Be Bat Friendly<http://192.168.156.11/Portals/0/News/documents/Be%20Bat%20Friendly.pdf>.