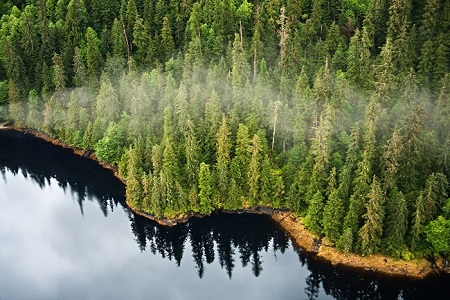 Remote fish and wildlife habitat in America’s largest national forest, the Tongass in Alaska, soon could be crisscrossed by a network of roads and other inventoried roadless areas left vulnerable to similar development under a proposal greenlighted by the U.S. Department of Agriculture.

The USDA has formally embarked upon a rulemaking process to develop an Alaska-specific version of the national Roadless Area Conservation Rule, which currently guides management of 58.5 million acres of backcountry national forests, following a request by the state of Alaska, which wants to facilitate increased development of and industrial access to roadless lands in the state.

Backcountry Hunters & Anglers members are responding by fighting for Alaska’s roadless backcountry, which includes habitat critical to robust big game populations and healthy fisheries. These public lands and waters are prized by sportsmen and women and are a mainstay of Alaska’s outdoors economy.

“The roadless lands in the Tongass National Forest encompass some of our most valuable, unsullied public lands backcountry,” said BHA President and CEO Land Tawney, “and roadless areas play a critical role in sustaining the value of the Tongass to fish and wildlife populations, sportsmen and women, and communities across southeast Alaska.

“BHA urges the Forest Service to listen to the Alaska hunters, anglers, outdoor recreationists, business owners and community members,” Tawney continued. “Of the 1.6 million comments submitted by Alaskans and others during the original roadless rulemaking process, 95 percent supported strong roadless area protections. We stand united in opposing any actions that compromise the integrity of our most valued backcountry landscapes. Together we stand for roadless public lands and waters, and together we stand for the Tongass.”

Alaska Gov. Bill Walker has openly acknowledged his interest in road construction in the Tongass as a way to facilitate economic development; however, a new state roadless rule could leave other national forests in the state, such as the Chugach National Forest in southern Alaska, vulnerable to industrial road development as well.

“As a longtime Alaskan, I’m frankly outraged to be fighting again to uphold the Roadless Rule in the Tongass,” said Zach LaPerriere, a BHA member who works as a logger and woodworker. “We’ve already held countless public hearings and comment periods, and there was a strong consensus that the best use of roadless areas in the Tongass is to keep them largely the way they are. Thousands of miles of logging roads exist within the Tongass, and those areas will remain open for development and resource extraction. Don’t let anyone convince you that the Roadless Rule is hampering development: It isn’t.

“Like many other Southeast Alaskans, my family of five does not buy meat from the grocery store,” commented LaPerriere, from Sitka. “We hunt and fish as a family and harvest all of our protein from the forest and ocean surrounding the Tongass, much of it in roadless areas. The roadless rule exists to protect vital habitat like this so we can enjoy our public lands, whether it’s hiking, picking berries or hunting and fishing.”

“Outdoor recreation cannot be ignored as a substantial economic driver for the state of Alaska, as well as for the country as a whole,” said Heather Kelly, a member of BHA’s North American board and owner of Heather’s Choice, who lives in Bird Creek. “The critical component for the continued growth of this industry is access to public land and wide open spaces. I would encourage our legislators to seriously consider the potential economic impact (and sustainability) of facilitating more outdoor recreation instead of extraction as a money maker for the state of Alaska.”

The 9.3 million acres of Tongass National Forest inventoried roadless areas comprises habitat for a unique diversity of sought-after game species, including mountain goats, black-tailed deer and both brown and black bears. The Tongass also encompasses thousands of miles of salmon-rich waterways, legendary among anglers and fundamental to the state’s commercial salmon industry. These valuable resources are upheld by the Roadless Rule, a collaborative management approach that was adopted following one of the most extensive public engagement campaigns in the history of federal rulemaking.

A public comment period on the USDA proposal closes on Oct. 15, and Gov. Walker has announced his intent to form a citizen advisory committee to enable Southeast Alaskans to provide input to the state. A draft environmental impact statement could be released next summer, with road construction in the Tongass to commence as early as 2020.