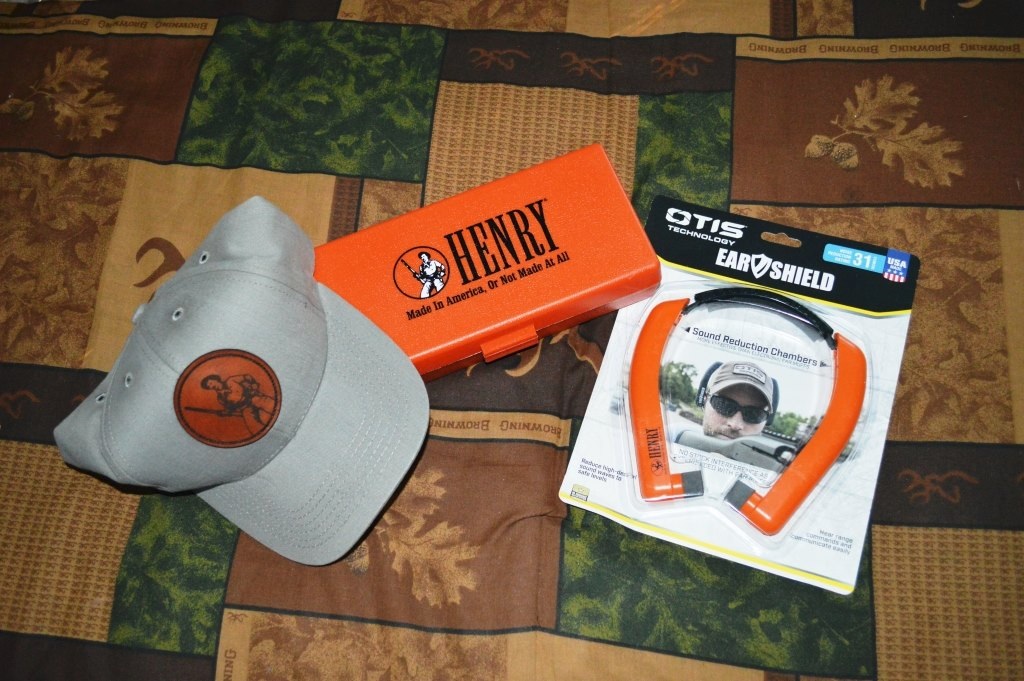 Today I received a package of Henry Repeating Arms items from the Henry Pride store. It consisted of the Ear Shield, which is a set of ear protection that is supposed to work as well as a battery operated unit without the hassle of batteries, plus not interfering with the butt stock when shooting. Another item is an ammo box, which is going to come in very handy when I’m heading into the field to film some Shoot ‘N’ Plink™ episodes. Last, but not least, the new Henry cap with the leather logo patch on the front, and Henry embroidered on the back.

I’m very anxious to try all of these items, which I’m sure you will be seeing in some upcoming Shoot ‘N’ Plink™ videos, especially the one on the Small Game Carbine with the Skinner Peep Sight. The carbine has not been received as of this date.

Until next time, shoot safe and have a great day of plinking.

This is an update: Tonight I tested the Ear Shield against the Howard Leight standard and electronic earmuffs by firing an unloaded Gamo Outdoor USA Accu 177 in the house. This is a relatively loud air gun when not loaded and in a confined area. The Ear Shield lost. The standard did only slightly better than the electronic, but then you have the ability to hear more, and amplify with the electronic units. Supposedly that is what the idea is behind the Ear Shield. I even adjusted them to the point of where it was hurting my ear, which is not good since I once had a punctured eardrum, which I can still feel in an uncomfortable situation such as that pushing into my ear. Howard Leights are hard to beat anyway, so it was going up against some stiff competition. 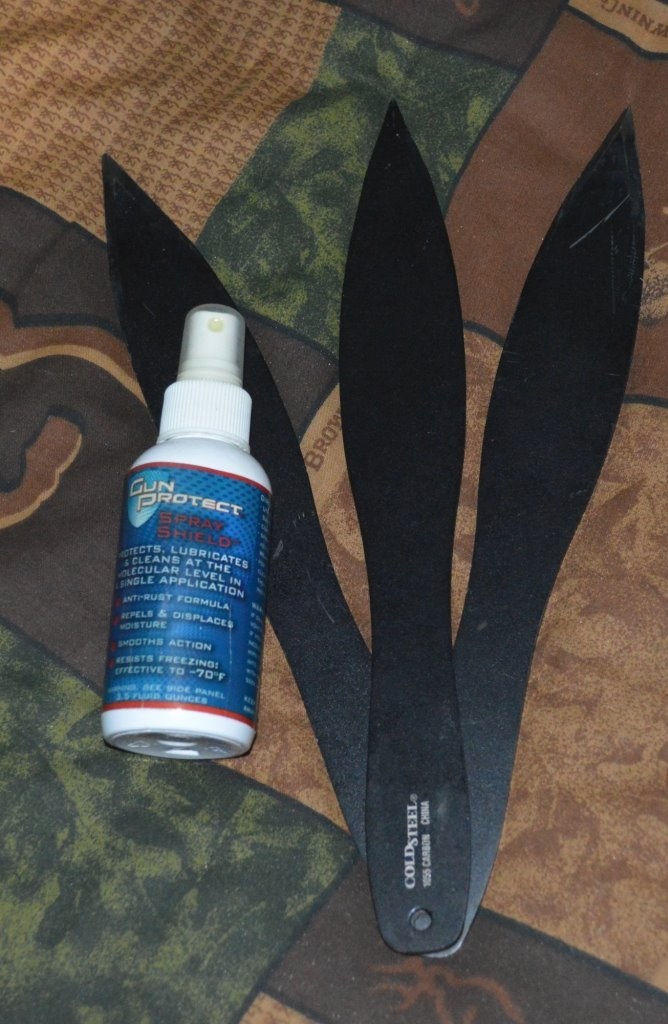 Here is a quick tip for all of you folks who enjoy, or thinking about starting, knife throwing, which I think Ron Stallings will like hearing.

Whenever you finish throwing the knives treat them as if they were your gun. Clean, dry and check them for any damage, and then apply some Gun Protect. It can be applied by spraying on a light coating and rubbing it around, or using the Gun Protect wipes. In fact, I use the wipes to rub around the product as well. They make a great all around gun and knife rubbing rag. Then when the knives are stored place them in a storage box, or gun cabinet that has a Gun Protect module that is changed out every 12 months.

Until next time, shoot, or in this case, throw, safely, and have a great day of plinking. 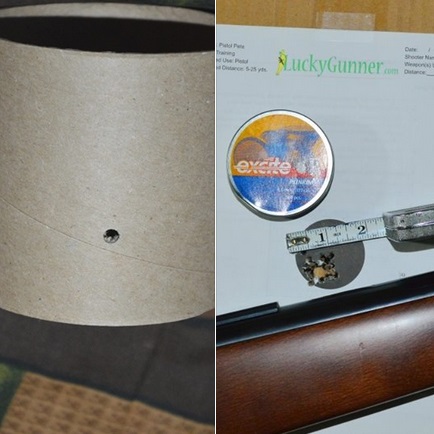 Dr. Jim Nordquist was kind enough to let me borrow his RWS Diana Air Rifles Model 45 177 break barrel pellet gun, which are now by Umarex USA, Inc. It has great open sights, and was made in West Germany. Yep, that’s right – West Germany, which shows you how far back this gun was made.

The stock and build of this gun is fantastic. It even makes some of the powder companies look sick. In fact, it is so well made that you would think that Henry Repeating Arms had something to do with it.

Before I fired the first round, which wasn’t long after Jim loaned it to me. I cleaned the front sight, which had some fuzzy dirt on it. I also applied a light rub of Gun Protect by Red Eagle Technologies to the sight.

The first round was fired at 10 meters at one of my favorite plinking targets – the cardboard insert of a commercial toilet paper roll. By having a fresh one I could see exactly where the pellet hit – Bang! On Target!

Next, it was getting dark, so I did some house shooting, which limited me to 10 yards. Don’t worry, Pepper was safe, as he was standing alongside, and finally jumped into the chair behind me to set and watch. Also I was shooting into my big trap box that holds the target board inside, and has a solid wood final backboard after several layers of thick cardboard and heavy insulation. The pellets don’t make it to the board.

There were 25 rounds fired at a used/repaired paper target, all of which hit in the middle 1 3/4″ bullseye, and 21 hitting within a 1″ grouping. I would say again – Bang! Dead On Target!, or perhaps – Bang Bang Bang, etc etc.

For those interested, I was using H&N Excite pellets.

Yes, this is one heck of a break barrel, single shot pellet gun that Jim has, and I’ll be doing a Shoot ‘N’ Plink™ video as soon as possible so I can get it back to him.

Thanks Jim. I’m wondering if the new RWS Diana Air Rifles by Umarex are just as good.

As a side note, the glasses that I wore for shooting were the computer glasses that Jim prescribed for me at the Rock Island Optometric Center.

I did see a video on their Mauser model that looks interesting. Looks just like the old WWII German Mauser.

Until next time, shoot safe, and have a great day of plinking.

This is the comparison at 10 meters with the RWS Hobby and Power Ball pellets, using Jim Nordquist‘s RWS Diana 45 pellet rifle. Thanks again, Jim, for the use of the gun. https://youtu.be/RmnjORTO2K4