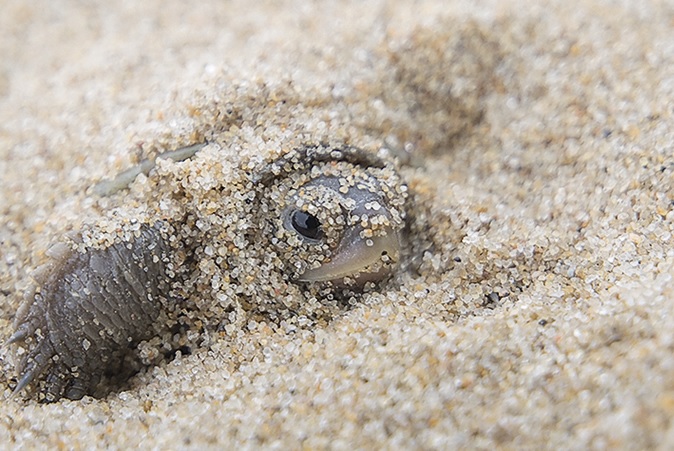 There’s so much in Maryland that’s worth standing up for. Our “America in Miniature” is home to a rich diversity of natural features and wildlife.

From sailing around Annapolis and enjoying the beaches of the Eastern Shore, to hiking the Appalachian Trail and visiting state parks, Marylanders are lucky to have so many opportunities to experience the best that nature has to offer.

The benefits of spending time in nature are familiar to us all, so it’s no surprise that, time and time again, polls show that Americans are passionate about protecting our wild lands and our wildlife, regardless of political ideology.

But the job of defending our wild has never been harder than it is today.

A recent report found that worldwide, species and ecosystem diversity is declining faster than at any time in human history. Because of encroaching development, climate change and other impacts, the report estimates that extinction currently threatens 1 million species.

The report also points out that the loss of these species threatens humans ability to survive — our food, water and energy security, as well as our public health, are all threatened as we continue to lose biodiversity.

The Chesapeake Bay is a defining feature of Maryland and a national treasure. It is an inherent part of our culture, and is an important part of the state’s history.

Home to bald eagles, blue crabs and about 3,600 other species of plants and animals, the Bay is one of the most productive estuaries in the world and is the largest estuary of its kind in the United States.

But even the Chesapeake is under threat — many of the species that visit or make their homes in the Bay are endangered or threatened, including the diamondback terrapin, Maryland darter and leatherback sea turtle.

Furthermore, we’re seeing a decline in the presence of underwater grasses, which provide critical habitat and food to a variety of marine life, as well as add oxygen to the water and shield shorelines from erosion.

Despite those grave risks, the Trump administration recently announced a new rule that severely weakens the Endangered Species Act — one of our nation’s bedrock environmental laws that protects wildlife and plants. Since President Richard Nixon signed the Endangered Species Act in 1973, it has prevented 99 percent of the species it protects from going extinct, and allowed hundreds of them to thrive.

The new rule punches holes in this critical safety net, putting our most vulnerable species at an even greater risk — as the Bay Journal pointed out in Legal battle likely over Trump rules weakening endangered species protections (July-August 2019), this rollback will have unignorable impacts on the vulnerable species of plants and animals that make their home in the Chesapeake.

A weakened Endangered Species Act will make it more difficult to save species in Maryland such as the Maryland darter and leatherback sea turtle, which are both recognized as endangered.

The weakened act will also make it easier for companies to develop pipelines and other industrial infrastructure inside wild places that are critical for endangered species’ survival.

That isn’t who we are. These aren’t Maryland’s values.

That’s the message we must send to our federal legislators in Washington, DC. The ask is simple: Keep our animals from going extinct.

We are counting on our Congressional delegation to stand up for Maryland’s wildlife by coming out in opposition to the Trump administration’s rollback of the Endangered Species Act.

They should also work to strengthen the act and create new opportunities for species to thrive by supporting the Wildlife Corridors Conservation Act that both houses of Congress are considering.

As members of the Environment and Public Works Committee, Sens. Ben Cardin and Chris Van Hollen are well-positioned to fight for this important bill on behalf of Marylanders.

All of our state leaders can strengthen wildlife protections as well.

Now is the time to defend our wildlife, before it’s gone.

The views expressed by columnists are not necessarily those of the Bay Journal.